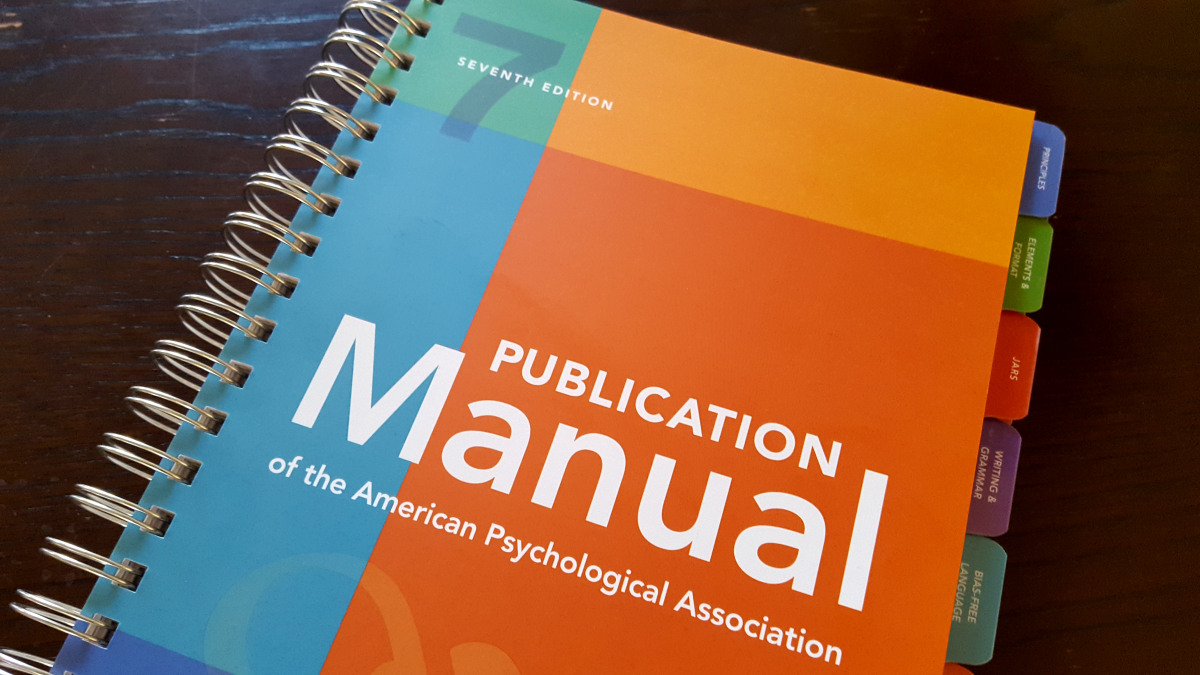 Students in the thesis or dissertation writing process are all about to transition into the seventh edition of the Publication Manual of the American Psychological Association.

APA Format: Consistency (for the most part) throughout the Decades

In one breath, the APA manual creates a portrait of itself, the society it inhabits, the ways our writing will be influenced, and a diaspora of newly displaced rules. Most injunctions in any new edition of the manual, however, will remain phrase-by-phrase doppelgangers of their predecessors. The single space following a period at the end of a sentence, for example, did not change in the transition from the fourth edition, in the late nineties, to the fifth edition, in the early eighties. With the sixth edition, though, a lush two spaces suddenly advanced into vogue, only to now revert back to one-space minimalism in the seventh edition.

APA Format per the Seventh Edition

The Prime Mover of such changes is the need to strike a balance between (a) societal trends, (b) precision, and (c) concision. Reflecting American gender sensitivities, the editors of the fifth and sixth editions of the APA manual championed the precise and gender-inclusive phrases “he or she” and “his or her” in sentences such as “A psychology student’s grade will usually depend on how accurately he or she knows his or her gender-inclusive phrases.” The editors of the seventh edition, abandoning grammatical precision, now favor societal trends (over traditional grammar rules) and concision by insisting on the so-called singular, gender-neutral pronouns “they” and “their.” Example: “Any particular psychology student’s grade will now depend on how accurately they know their gender-neutral pronouns.”

See the manual’s introduction chapter for a complete list of changes in the seventh edition.

Students will be happy to know that this seventh edition finally clarifies what has always been the case: that the manual pertains to academic papers only to the extent that any given institution or instructor specifies. This is because, as the manual’s title indicates, although it is a publication manual, and student papers are not published, some university departments have nevertheless insisted that students write papers in APA style.

The American Psychological Association, however, does not designate formal requirements for the nature or contents of an APA-style student paper. The 7th edition of the manual, though, makes students fell more welcome within the manual by including new sections and samples specifically for formatting student papers and dissertations. Because educational institutions are still currently using the 6th edition of the manual, however, it may be months before they decide which seventh-edition changes, if any, to adopt. Therefore, the American Psychological Association advises asking your instructor which edition of the manual to use, if any.

The major changes from the sixth to the newly released seventh edition follow.

Note. For clarification, a note may be included under a table.

Note. For clarification, a note may be included below a figure.

Writing a thesis, dissertation, capstone, or research paper is time- and brain-intensive. A student also needs to know their university’s style guide because it may overrule specific instructions within the APA Manual. Consider hiring an experienced APA editor. It is their responsibility to keep up with all the rules, and they know when and how to apply a university’s style guide.